There’s something for everybody at the new Boston Winter Wonderland. Come by for skating, shopping, wine/beer, or a festive stroll that’s just a hop and a skip away from Government Center.

Until about March, the Government Center T stop was but a mystical stop, one that I would see past State St. through the outbound train windows. It was a big deal when it re-opened and finally linked the blue and the green lines more seamlessly for commuters everywhere.

There’s been quite the buzz in that area since from Boston Calling, Beer Fests, exclusive tented parties and so on. This season’s open-air holiday festival, however, is by far my favorite.

Local vendors and artists in charming chalets offer a warm welcome as you enter into the Market side of Boston Winter. My first time around was a feast for the eyes and I was content with simply window-shopping, snooping around the grounds, and people-watching.

We heard a big commotion as we turned a corner and found a huge light-up tree, a crowd of people, bikes and a guy behind a microphone cheering the cyclists on, gameshow style. It seemed like a fun way to bring in some community spirit and a sense of humor.

We had planned to attend the original opening night of Boston Winter, but due to warm temps that day, it was postponed to a weeknight that week. We found out the next day that they did decide to open the markets and some of the other attractions. The skating rink, which would be the first of its kind in Boston, glistened in the sun. The staff were working to freeze it up for the public, but it remained thirsting for its first skaters.

This was such a cozy spot I could have easily hogged and claimed for myself on a blisteringly cold winter day. It happens to be in the Urban Lodge where you could snag some beers and stay warm in one of the few indoor themed food and beverage options at the site.

We went back with some friends on New Year’s Eve and it was PACKED. We thought we’d try the cool skating path to cap off the year, but of course everyone in Boston had the same idea.

So instead, we strolled around, had a snack, and sought a different community rink. My sausage with peppers and onions were delicious, by the way. Practically all the dining options at Boston Winter are al fresco, with more of a street food flair. I love it. I’ll have to come back to try their signature mulled wine.

Feel free to share your favorite parts of Boston Winter or pro tips!

For more deets on Boston Winter, go to cityhallplazaboston.com 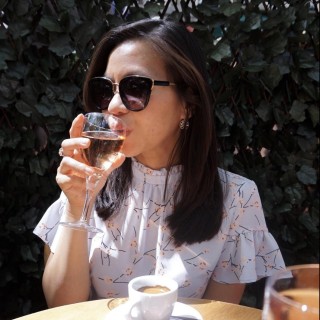